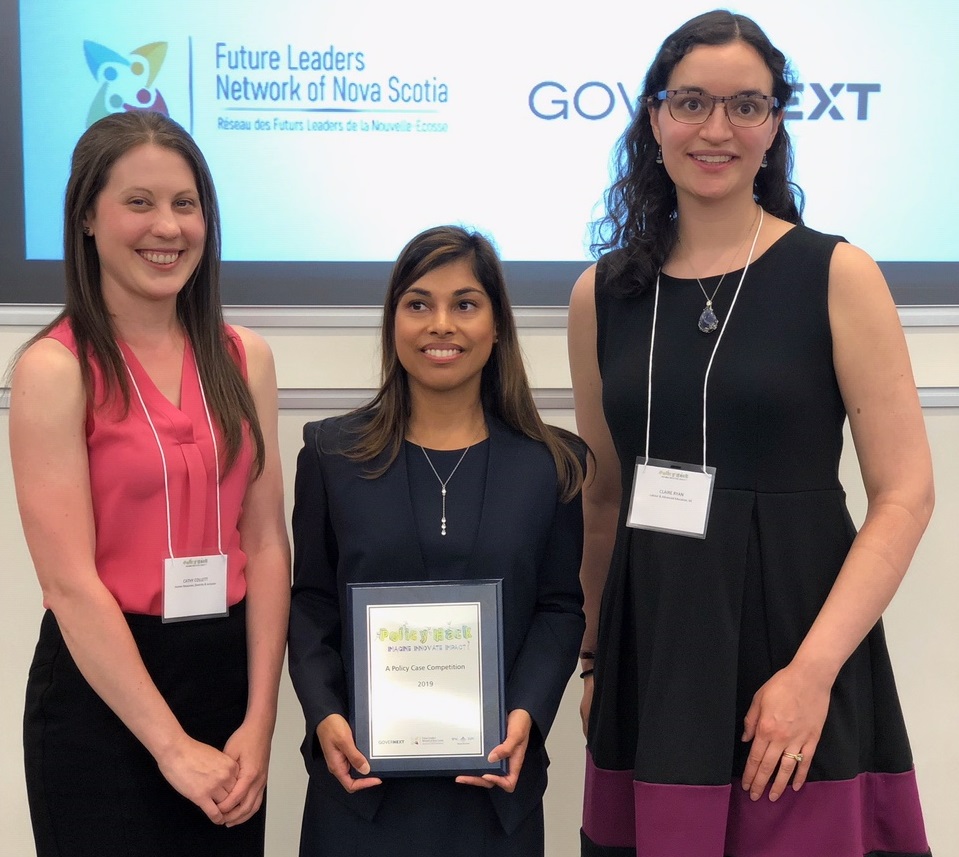 Congratulations to Cathy Collett, Research & Development Specialist in Human Resources, and her multi-disciplinary team of federal and provincial public servants on winning the Policy Hack case competition this past summer 2019.

Described as a rite of passage for public servants interested in policy by her classmates, once Cathy learned that the municipality would be participating, she knew she had to join in.

On the first day, Cathy was assigned to a team with colleagues from the provincial and federal governments, and they were given one of eight cases. Then, over six weeks, they worked collaboratively to develop a policy analysis and propose a solution for one of the municipally-submitted cases focused on regulatory modernization and accessibility.

On June 20, 2019, the teams came back together for Competition Day where they presented their policy response and were assessed by a panel of judges on several factors including, potential viability, actionability and creativity.

Cathy and her teammates successfully advanced to the final Lightening Round. Here, the remaining two teams were presented with a fictional scenario and had only an hour to prepare and present a plan to the judges, who were acting in character. “Initially, I was most nervous about the Lightning Round,” said Cathy. “Then I realized it was just like playing make-believe with my kids. It was the most fun part of the competition!” Despite the fierce competition, Cathy and her team came out on top.

Congrats to Cathy, her teammates, and to all municipal employees who participated in this year’s event. Watch for details in the coming months on how you can get involved in next year’s Policy Hack event.